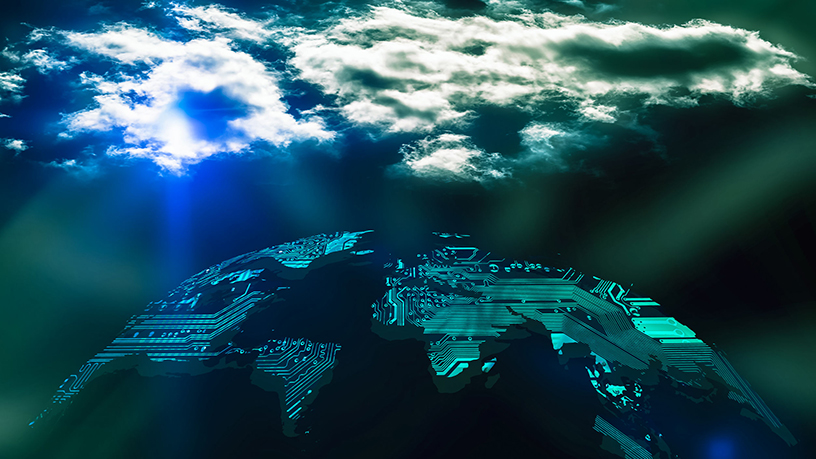 ITWeb, in collaboration with AWS, conducted an online cloud survey during August and September 2020. The survey examined the state of cloud adoption in South Africa and captured input from 248 respondents, representing a wide range of private and public sector organisations of all sizes.

Of those, 18% come from the public sector, representing national, provincial and local government entities, non-profit and parastatal organisations, as well as public universities and healthcare institutions.

Overall, the survey found that the top business objectives that respondents are looking to achieve are innovation, cost savings and business process efficiencies. In the public sector, however, business efficiency comes tops, while innovation is ranked third.

When it comes to the stages of cloud adoption, 54% of the overall sample and 51% of the public sector segment indicated they are already using cloud in production. Only 7% overall and 10% in the public sector respectively have no plan to use cloud in the foreseeable future.

COVID-19 has exposed how critical cloud is for business continuity. “There’s no doubt, these are challenging times,” comments Zubin Chagpar, the head of Middle East and Africa for AWS Public Sector Sales. “Over the past few months, we’ve seen how public sector organisations have responded to the impact of the global pandemic. The need to be agile only underscores the importance of having a robust technology infrastructure to adapt quickly and minimise service disruption, particularly when these services have a direct impact on citizens’ lives and livelihoods.”

He cites the example of the University of Witwatersrand (WITS), which migrated its Learning Management Systems (LMS) to the cloud in just two weeks and ensured its LMS environment had high availability and fault-tolerance and provided uninterrupted learning to students and postgraduates during the COVID-19 national lockdown.

Among those who are currently using cloud infrastructure, the services most commonly in use are database and analytics (71%), security and networking (69%) and computing and containers (64%).

When asked about the AWS Africa (Cape Town) region, which went live in April 2020, 45% of respondents overall and 34% in the public sector indicated it would have an impact on their organisation’s ability to meet key objectives.

Hybrid cloud has emerged as by far the most popular approach - as many as 63% of respondents overall and 65% of the public sector segment see hybrid cloud as the most suitable model for their organisation.

“That's why we built AWS Outposts, which is a unique approach to allowing customers to run AWS infrastructure on premises,” comments Chagpar. “AWS Outposts are racks of AWS hardware – the same hardware we run in our data centres – that let customers run AWS compute and storage on-premises with the same programming model, the same APIs, the same control plane, and the same features as the AWS Cloud.”

Most respondents (36%) are using two cloud providers, with 12% using three, and 12% more than three. Public sector organisations are more inclined to stick with fewer providers - 38% are using only one and 28% are using two.

Integration with existing systems is the top factor that hinders organisations from meeting their key objectives through the adoption of cloud technologies – cited by 47% of the overall respondents, followed by cost (44%) and lack of skills (42%).

Integration is even more of a concern for the public sector (cited by 51% of respondents) as is the lack of skills, which ranked higher than cost.

“For students and educators, we offer the AWS Educate and AWS Academy to accelerate cloud-related learning in universities, the first programme gives access to resources such as AWS credits, a jobs board, and training content to accelerate cloud-related learning. We are already working with institutes such as the University of Cape Town and Stellenbosch University in South Africa. We also support the Explore Data Science Academy to educate students on data analytics skills and produce the next generation of data scientists in Africa.”

Another programme for higher education institutes is AWS Academy, which provides AWS-authorized courses for students to acquire in-demand cloud computing skills. It has already attracted the country's major academic institutions, including the University of Cape Town, University of Johannesburg and Durban University of Technology. “By providing resources to tertiary institutes, we believe we can grow the number of cloud professionals and create a generation of cloud-native technology experts to help grow African economies into the future,” says Chagpar. “We’re also supporting diversity in the tech industry, and have extended the global ‘We Power Tech’ program to the region, providing events and free training courses to support technology skills development for women in the Middle East and Africa.”

In addition, supporting entrepreneurship and the growing SMB communities in Africa is a big focus for AWS, he says. “In South Africa we are investing directly in small business to develop their cloud practices and meet customer needs together. We are also investing in start-up development programmes, such as AWS Activate.”

To view or download the survey results infographic in PDF format, go to https://www.itweb.co.za/static/microsite/aws/AWS_Cloud_Survey_infographic-1__LU_.pdf